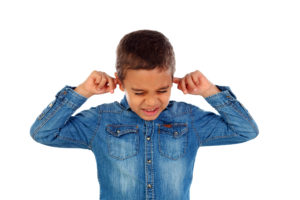 While 80% of uncomplicated ear infections resolve themselves within a few days, you might wish to speed up the process or try to get rid of a particularly pesky ear infection. Or if a child has chronic ear infections, you may be searching for a long-term solution. Thankfully, significant data has been found linking chiropractic care to ridding children of ear infections, both short-term and long-term.

Ear infections can be either bacterial of viral, and the former occur when swelling causes blockage of the Eustachian tubes, which connect the middle ear to the back of the throat. The Eustachian tubes in young children are almost parallel to the ground, but as we age, they tilt slightly to allow fluid to drain more easily. If the atlas bone (the very top vertebrae) is out of alignment, it obstructs the tubes creating a backup of fluid. If there is another type of blockage and the air can’t get past it, a vacuum pulls fluid into the ear from the throat and nose, and without the open passage through the Eustachian tubes, this fluid has nowhere to go.

Similar to a stagnant pond that retains bacteria, this backup of fluid will allow bacteria to grow, causing an ear infection. While antibiotics can get rid of the bacteria initially, they won’t repair the root cause of the ear infection, which is the pressure and blockage of the Eustachian tubes. The only thing that can fix the underlying issue and keep chronic and constant ear infections from occurring is a chiropractic adjustment.

Viral ear infections cannot be remedied with antibiotics, so pediatric chiropractic care is absolutely the best solution to dealing with this type of otitis media.

How Does Chiropractic Help Ear Infections?

The muscles that surround and directly impact the Eustachian tubes are linked to the top four vertebrae in the spine. A subluxation, or slight misalignment, in this area can prevent drainage of fluid and interrupt proper function of the Eustachian tubes.

With a gentle cervical adjustment by a chiropractor, the subluxation can be corrected. When the spine is brought back into alignment, the obstruction is removed, the fluid in the ear will drain properly, and the entire ear, nose, and throat area will begin working again.

A pediatric chiropractor will be able to determine if there is a cervical subluxation in your child that may be contributing to an ear infection, and the chiropractor can adjust him or her in a gentle way that realigns the spine, bringing about health and proper function in his or her body.