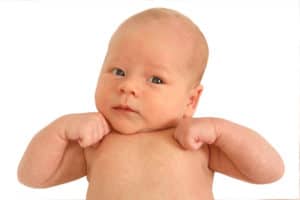 Erb’s Duchenne Palsy, also known simply as Erb’s Palsy, is a condition that affects the nerves in the upper arms.  Injury to the upper part of the arm can lead to nerve damage and paralysis.  Not always, but most often, Erb’s Duchenne Palsy occurs because of a trauma at birth such as shoulder dystocia.  The injury occurs at what is known as the Erb’s point in the neck, or the area between the C5 and C6 cranial nerve. It affects about every 2 in 1,000 babies and causes lack of movement in the arms, hands, and fingers.  Most often, the paralysis will resolve on its own over time as the body heals itself, but not always.  For more severe cases, physical therapy, surgery, or other invasive measures may be necessary. For all cases of Erb’s Palsy, no matter how minor or severe, chiropractic care from a Charlotte chiropractor can help restore movement once again.

What Is Erb’s Palsy?

Injury to the neck or spinal cord leads to Erb’s Palsy.  At birth, an infant’s head and neck are pulled on as they pass through the birth canal or because of pressure on the arms during a breech birth, both of which could damage the nerves.  While it most often occurs at birth, Erb’s Palsy can begin at any age because of trauma to the upper trunk area.  It is characterized by lack of movement in the arms, such as stiff, crooked arms, the ability to straighten or rotate the arm, and little to no control, giving a look of a “loose” appearance.  For some, it may not cause pain of discomfort, but for others it can cause severe cramping, strained muscles, stiffness, or circulatory problems.

Chiropractic care focuses on improving the health of the central nervous system, which controls nerve function throughout the body.  Spinal misalignments can affect how well nerves transfer messages from the brain, which leads to dysfunction within the body.  Babies that experience neck or shoulder trauma at birth or children and adults that suffer an injury specifically to the Erb nerve point in the neck could also have spinal misalignments that could be the root cause of Erb’s Duchenne Palsy and nerve dysfunction.  Charlotte chiropractor Dr. Grant Lisetor can perform an examination to locate and correct spinal misalignments.  This can remove nerve interference and allow the nerves to function as they should.  Regular visits to Dr. Lisetor of Greater Life Chiropractic can alleviate pain, increase arm function, and improve overall health.

Research has shown that people with Erb’s Palsy have responded well to chiropractic care.  In one case study, a five-week-old boy suffered from Erb’s Palsy and a limp arm.  With regular chiropractic adjustments, the issue was resolved within 2 months.  Another case study look at a 2-month-old girl who suffered from a brachial plexus injury during delivery.  She had undergone other treatments with no success, but experienced a complete resolution after being under regular chiropractic care.  Chiropractic care is effective for older children as well.  An 8-year-old girl had suffered from Erb’s Palsy since birth because of pulling on the arms during delivery.  Despite long-term care, her arm was still deformed and she lacked the ability to use her right shoulder and arm.  After just six weeks, her overall condition has vastly improved and she was able to increase the range of motion in her arm.  After 3 months of care, she experienced full resolution of issues.