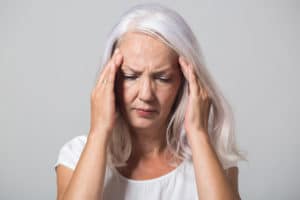 While not incredibly common as it only affects 12 in 100,000 people per year, trigeminal neuralgia can be an extremely difficult disease to live with. It is characterized by neuropathic pain that can be as minimal as aching and burning or as extreme as a feeling of getting shocked. The pain may come and go or it may be constant, and it can come in waves that last hours on end.

What Exactly Is Trigeminal Neuralgia?

Trigeminal neuralgia is a problem with the fifth cranial nerve, or the trigeminal. It is one of the most widely distributed nerves in the head and is directly attached to the brain. This nerve has three branches that affect every area of the face, including the scalp, forehead, cheeks, jaw, teeth, nose, and lips.

Also known as tic douloureux, trigeminal neuralgia (TN) can present itself in two forms. Type 1 is more common and results in the most severe and extreme cases of shock-like pain and burning sensations. Type 2 TN is considered atypical and is characterized by aching and burning that is considered less extreme and less severe than Type 1. Both forms of TN can occur in one person at the same time, but regardless of what type a person has, the pain can be incredibly debilitating, as well as mentally draining.

Can Chiropractic Help with Trigeminal Neuralgia?

Due to the cause of TN being rooted in a major nerve, a chiropractor should be the first line of defense for someone suffering from this disease. Chiropractors focus on the nervous system and the spine that protects it, so if a major nerve isn’t working properly, it is likely related to a misalignment in the spine. A chiropractor can correct this misalignment and assist the trigeminal nerve in working as it should, sending appropriate messages to the body rather than shooting pain and discomfort.

Typical treatment for TN includes medication, compression of the fifth cranial nerve, cutting the nerve surgically, or destroying the nerve with an injection. Unfortunately, none of these treatments actually get to the root of TN, and many of them result in either facial numbness or a return of pain. Additionally, the risk factors associated with many of these treatments are quite dangerous and several of them include increased facial pain.

It is common for TN to be associated with other disorders and physical ailments, so often people who receive chiropractic treatment for trigeminal neuralgia are originally seeking relief from something else. Thankfully, though, the case studies of those with TN who seek chiropractic care are very promising and encouraging, and they should be examined more within the healthcare community to give suffering individuals more treatment options.

A 77-year old female lived with TN for 7 years, and after only six instances of chiropractic treatment, she saw great improvement in her symptoms. After four months, she stopped needing medication to manage the pain, and after six months, she was completely pain-free.

If you or someone you love is suffering from the pain of trigeminal neuralgia, don’t wait any longer to get relief. Visit Dr. Grant at Greater Life Chiropractic in Charlotte today and take a step towards a pain-free life.