Chiropractic Can Improve Quality of Life for Those with Parkinson’s

Chiropractic Can Improve Quality of Life for Those with Parkinson’s 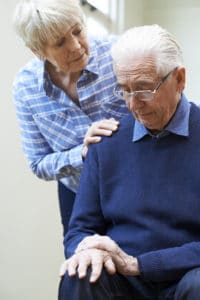 Parkinson’s disease is characterized by nerve cells in the brain that are unable to make dopamine. Dopamine is an important chemical that plays an important role in telling your brain and body to move. It contributes to smooth and easy muscle movements, and when the nerve cells that create the dopamine break down, people suffer from Parkinson’s disease and have trouble moving properly.

The most common sign of Parkinson’s is tremors, or a shaking or trembling in various parts of the body, particularly when not moving. Other symptoms of Parkinson’s include slow movement, stiff muscles, and balance problems. Parkinson’s disease gradually worsens over time, and eventually, the lack of dopamine can lead to severe movement problems, as well as other muscle control issues, such as swallowing and using the restroom. At its worst, Parkinson’s disease can also affect the mental function of a person, resulting in dementia and confusion.

While there is no cure for Parkinson’s, several treatment options are available for those suffering from symptoms of the disease. Medications are the most common form of treatment, but depending on the severity of symptoms, you may also be treated with deep brain stimulation, where wires are connected to parts of your brain to stimulate those areas with electrical signals in an attempt to make the brain work better.

Here at Greater Life Chiropractic, we suggest a better, safer, and less intrusive alternative. Chiropractic care focused on optimizing spinal health, which results in a healthier nervous system. Chiropractors in Charlotte have seen substantial improvement in those living with Parkinson’s, and oftentimes the treatment is as simple as performing some chiropractic adjustments.

A good amount of research has been done on the connection between chiropractic care and relief from symptoms of Parkinson’s. Most case studies have found that individuals with Parkinson’s have similar cervical subluxations, or misalignments in the neck.

One study resulted in almost a complete relief of Parkinson’s symptoms in a 68-year old female who had previously complained of tremors, fatigue, poor range of motion in neck and lower back, and lower back pain. Another similar study found that the Atlas bone’s alignment was key in reducing symptoms of Parkinson’s. A 63-year old male experienced tremors, loss of energy, anxiety, and middle back pain, which led to a diagnosis of Parkinson’s. After receiving chiropractic care, his Parkinson’s symptoms decreased (back pain included), his motor function improved, and his quality of life was positively affected.

Parkinson’s can be an incredibly difficult disease to live with, as it not only creates pain and discomfort, but it can also keep an individual from maintaining a high quality of life and experiencing life to the fullest. You do not have to suffer or struggle with symptoms anymore. Give Dr. Grant a call at Greater Life Chiropractic in Charlotte and get started with chiropractic care today. The research has proven that chiropractic care can reduce symptoms and improve quality of life, so don’t put it off any longer.