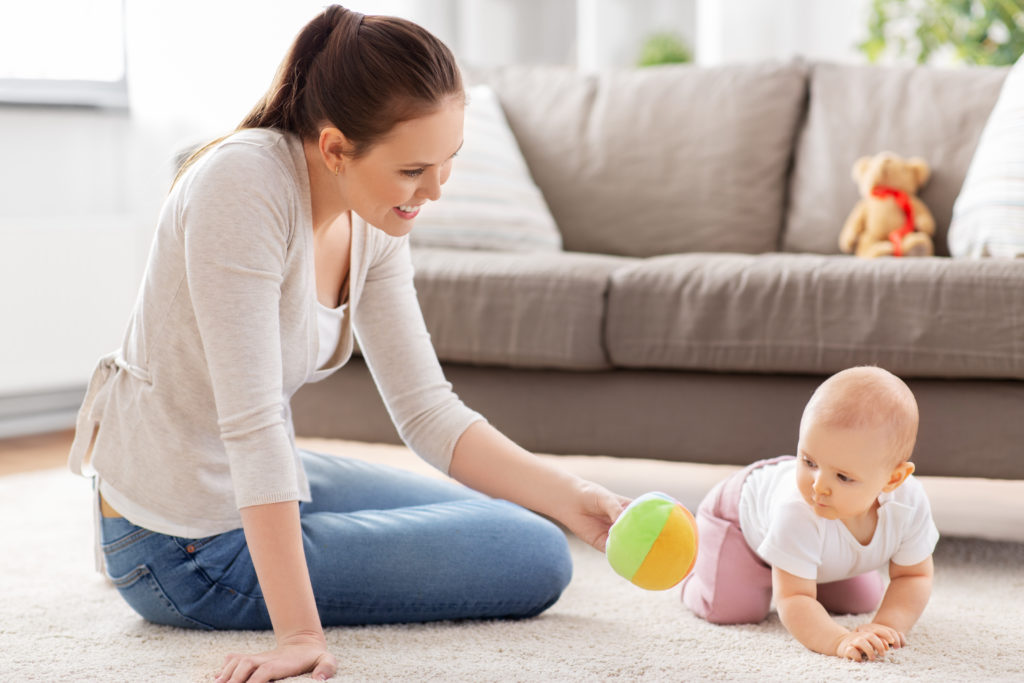 Last week, we discussed the importance of crawling in relation to physical development and how important a milestone crawling truly is. This week, we’re diving into the cognitive side of things. Scientists, doctors, and researchers have long known that crawling impacts brain development, but it wasn’t until more recently that they discovered just how much it matters.

Our brains have two hemispheres, and the ability of those hemispheres to work together is vital to our cognitive development and function. However, they do not naturally work together. Instead, they are like muscles that we have to keep exercising to improve their function. When babies learn to crawl, the two hemispheres must integrate to allow for the criss-cross movement. This motion not only requires coordination of opposite side limbs, but it also helps both sides of the brain fire across the corpus callosum, the band of nerves that connects the left and right sides of the brain. The corpus callosum is strengthened and becomes more fully developed, allowing for more whole-brain integration in baby’s future.

As the brain becomes more integrated and baby’s physical skills improve, cognitive development is further enhanced. When both hemispheres of the brain are activated, cognitive function is drastically heightened and ease of learning is increased. This means that your sweet little one is absorbing more and more information that they are retaining, helping them become smarter with ease, all because they are crawling with both sides of their body.

While spatial awareness is somewhat physical, it also finds its root in the brain. If you watch a baby develop his or her crawling abilities, you’ll see that they start slow, sometimes even going backward. Eventually, they figure out how to go forward and speed up, and then later, they even can maneuver diagonally, dodging toys, crawling over pillows, and even wiggling under the family dog. This is because of spatial reasoning. As their brain develops more, they are more easily able to identify how much space they have, how to problem-solve around a sibling, and how to think critically to avoid crashing into the legs of the kitchen table. While most kids will naturally develop some problem-solving skills as they grow up, babies who crawl longer have more adept problem-solving skills that translate to their later years.

The look on your baby’s face when she masters crawling to you is absolutely priceless. Her joy in accomplishing something hard will be clearly displayed. Maybe she’ll smile or giggle, or perhaps even shout for joy and clap her hands. Crawling provides numerous mental benefits, such as providing babies with self-confidence, helping them understand (at least at a basic level) risk and reward, decision making in regards to direction and speed, and the joy that comes with achieving a goal. These may seem minor, but having these characteristics and mental benefits ingrained in your children from infancy can be huge when it comes to their future.

Babies are born with something called primitive reflexes. These include things like the startle reflex, the rooting reflex, and the Palmer reflex, all of which serve babies well as they learn to survive outside the womb. However, the majority of these reflexes should dissipate by a child’s first birthday as they are replaced with postural reflexes, which are more mature patterns of response that include coordination, balance, and more.

Unfortunately, more and more children are retaining these primitive reflexes far longer than they should, and that leads to inhibited cognitive development both during infancy and into childhood. This is impacting not only their physical development but also their learning ability as they grow older. Missing physical developmental milestones in infancy and early childhood has been linked to learning disabilities and poor academic performance in later childhood and adolescence. Additionally, many studies have shown that the ability to perform basic physical skills with ease is linked to learning disabilities and decreased academic performance in children. While sedentary lifestyles can be blamed to some extent, a lack of crawling and missing other milestones can also play a part.

A study published in Developmental Psychobiology explored 8-month-old infants and their object permanence development. The study found that the infants who were already crawling performed significantly better than those who were not, showing that the brain develops more aggressively once crawling begins.

Another study published in the UK explored 4- and 5-year-old kids and their ability to do simple physical tasks, such as balance on one leg or crawl on the floor. Around 30% of the kids showed physical immaturity and an inability to perform some of the basic physical skills, and 42% of kids showed signs of developmental delays. Additionally, and even more telling, is that of those kids who performed in the bottom half of the physical test, nearly 77% also fell into the bottom group for academic performance.

The relationship between crawling and brain development is undeniable, and it would behoove parents everywhere to encourage their babies to crawl for as long as possible and by any means necessary. Be sure to come back next week to learn about how to encourage your baby to crawl and what to do about poor crawling patterns. Also make sure you get in touch with Dr. Grant and his team at Greater Life Chiropractic in Charlotte to enhance the brain development and overall health of your entire family. 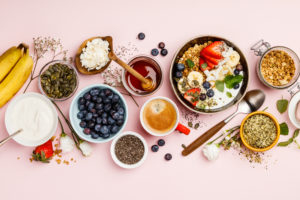 If you’ve never made eating breakfast a priority, there’s no better time to start than now! September is actually and officially called “Better Breakfast Month.” 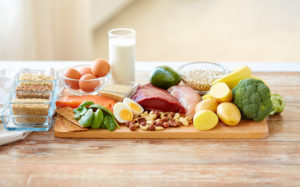 Besides improving our physical appearance and performance, there are many benefits to building and growing our lean muscles. Having lean muscle mass is critical for 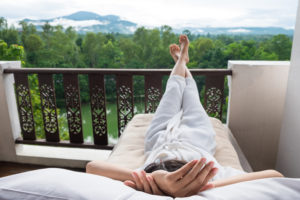 Better Together: How Vitamin D & Chiropractic Care Can Improve Your Health

Vitamin D, affectionately referred to as “the sunshine vitamin,” plays a very important role in overall health and wellbeing. The reason it is called “the 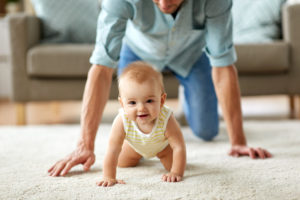 Importance of Crawling: Part 3 – Poor Crawling Patterns and What They Mean

Over the last two weeks in our blog series, we’ve covered the physical benefits and the cognitive benefits of crawling. In the last part of